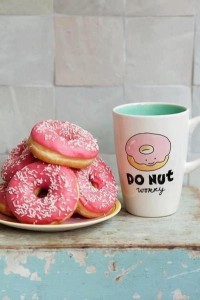 There’s a Dutch psychologist called Ad Kerkhof who specialises in suicide prevention. Perhaps not the most perky subject for a Monday morning, but wait….the principles he has developed and proven, apply to less extreme situations too, like the worrying that we all do.

He has found that people worry about one topic more than any other – the future, often believing that the more hours they spend contemplating it, the more likely they are to find a solution to their problems. But this isn’t the case, and though his techniques may sound remarkably straightforward, they are all backed up by trials.

Here’s one of his ideas.

Set aside a time for worrying. Your worries relate to real and practical problems in your life, so you cannot rid yourself of them altogether, but you can learn to control when you think about them. Telling people not to think of their worries isn’t going to work. Instead Kerkhof recommends the opposite. Set aside 15 minutes in the morning and 15 minutes in the evening to do nothing but worry about the future. Sit at a table, make a list of all your problems and then think about them. But as soon as the time is up you must stop worrying, and whenever those worries come back into your head remind yourself that you can’t contemplate them again until your next worry time. You have given yourself permission to postpone your worrying until the time of your choice. Remarkably, it can work. It puts you in control. 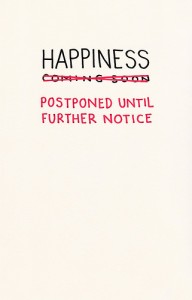 Don’t wait for your next pay rise, your next holiday, or the weekend to be happy. Don’t live a life of martyrdom and self denial, hoping that one day you’ll be happy. Pay compliments, celebrate good news, work to live. Be happy now.