A man with a grey beard, Belfast City Airport and a seed 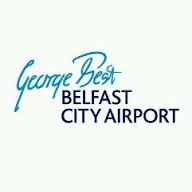 Watt Nicoll, the septuagenarian whirlwind who was voted the World’s Most Inspirational speaker, looked over his coffee cup in the cafe at Belfast City Airport and said one sentence. It was 2005 and it planted a seed. Years later that seed was to grow into The School of Curiosity ‘End of Summer School’ Villefrabce-sur-Mer 23-25 October. You can download the full prospectus here.

Watt himself will be there, but he has no idea that he played a part in planting the seed. So it was nice when we received an email from him yesterday in which he said this…

“Wonderful you are going ahead with The Curiosity School because it is the singularly most intriguing and exciting concept I have heard of in absolute ages”.

Oh. You’re wondering what it was that he said? Well come and find out…at the same time as he does.