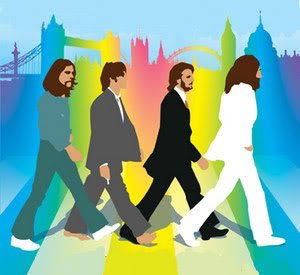 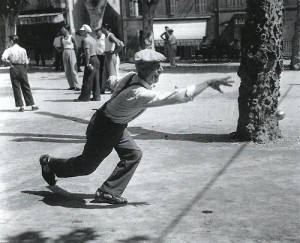 We were going to say “It’s not all fun and games at The School of Curiosity ‘End of Summer School’”. But thinking about it every session looks like it will be fun and enthralling, so we’ve had to think hard how we can make our evening social events fit the bill.

Maria, who runs The Villefranche Petanque and Social Club (a bit like The Buena Vista Social Club but with boules instead of musical instruments) has invited us over one night. She’s putting on sangria and the Nicoise specialty of Pissaladiere. We’ll have an international petanque tournament in between drinks.

The great thing about petanque is that it takes moments to learn, it’s a team game and everyone somehow seems to be capable of producing a world class shot at least once. By the end of the night, you have a social club full of friends.

There are just ten tickets left. There wont be for long. Download the prospectus here. Or just go directly to the booking page here.

It doesn’t matter what language you speak, petanque is so simple we know you’ll love to parlez-vous petanque.

Do the Pecha Kucha 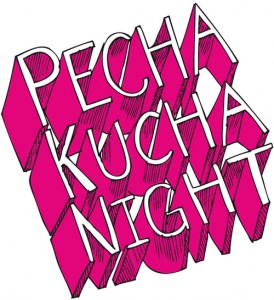 Our first night at The School of Curiosity ‘End of Summer School’ will be a Pecha Kucha night at our L’X Common Room & Art Studio (Also our drinking hole).

Pecha Kucha started in a disused factory in Japan where young designers came to showcase their new ideas. They always ran out of time, so they made a rule. You can show 20 images and speak for only 20 seconds about each image. It’s become a world wide craze and some competitive events attract over 1000 people. The winner is the person adjudged to have entertained and informed with great imagery. It’s great fun, nobody speaks for more than six minutes and their goal is to enthral and captivate you. Oh and the rules say there has to be a ‘beer break’ half way through…which we think is a jolly good rule.

We are having six ‘competitors’. There’s still time to step forward with your subject…the more curious, the better. Though first, make sure that you have booked your ticket - Only ten tickets left! 23-25 October, Villefranche-sur-Mer.

You can download the full prospectus here. But whilst you are doing that somebody could be taking your ticket, so the booking page is here.

Don’t dither when you can Pecha Kucha. 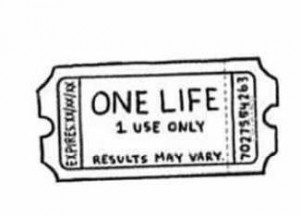 The professor with the ponytail 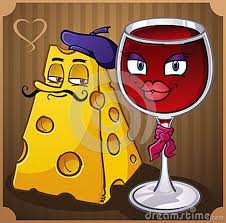 It’s been touch and go, but now it’s definite (Well as ‘definitite’ as anything can be…this is the South of France, there are a lot of distractions), the professor with the ponytail, Julien Cassagne is heading for The School of Curiosity ‘End of Summer School’, 23-25 October, Villefranche-sur-Mer.

Julien is known by thousands of people who have attended the world renown Institute de Francais as someone who is ‘Surely too cool to be a professor’. It’s not just the ponytail, his passion for all things French is contagious, he’s a talented musician and he has a ‘bit of the British’ in his sense of humour.

He’s going to help us to round off the days with fun and informative sessions about aspects of French culture. So if you don’t know your Alsace from your Epoisses what are you waiting for? The full prospectus can be downloaded here. Or you can go straight to the booking page and get your tickets here. 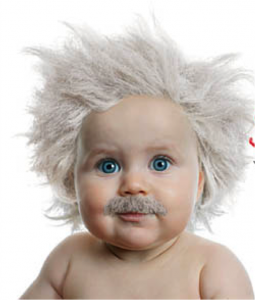 Where do great ideas come from? They come when we take our adult experience and combine it with something that many of us have forgotten – how to think like an eight year old.

We were all eight years old once. It’s a time of boldness; magic; and genius. If only we can recapture that simplicity; that creativity; that unshakable belief that anything is possible, we can create a wealth of new ideas, new opportunities and new possibilities both in our work and in our everyday lives.

School of Curiosity founder, Malcolm McClean, will be reminding you how to shake off the mental locks that have trapped your inner eight year old, at our ‘End of Summer School’ 23-25 October, Villefranche-sur-Mer. It’s not a lecture, it’s an experience, just like everything else at the school. There’s still time to drop everything and come. You can download the full prospectus here.

If you are in a hurry go straight to the booking page here.

Oh to be in Villefranche now that October’s here (almost) 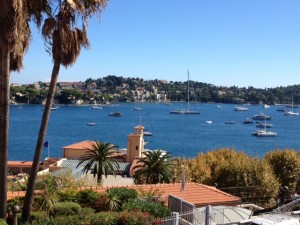 Here’s a picture of our ‘school’ taken just now on the last day of September. With three and a half weeks to go to our “End of Summer School’, we can’t guarantee you this kind of weather, but the chances are it will look just like this on 23-25 October. The average temperature in Villefranche-sur-Mer for October is 19 degrees.

If you haven’t booked your place yet, what are you waiting for? Here’s the full prospectus and here’s the booking page.

Already we have an eclectic mix of people coming from US, Canada, Russia, Holland, France, Norway, Denmark, Monaco and the UK. Don’t dither…”In twenty years time you’ll be more disappointed by the things you didn’t do than by the ones you did do”.

17 equations that changed the world…plus one more 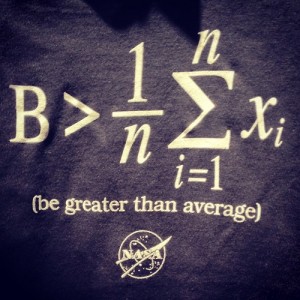 We like this. Ian Stewart say’s of his book 17 Equations That Changed the World….

“The power of equations lies in the philosophically difficult correspondence between mathematics, a collective creation of human minds, and an external physical reality. Equations model deep patterns in the outside world. By learning to value equations, and to read the stories they tell, we can uncover vital features of the world around us… This is the story of the ascent of humanity, told in 17 equations”.

That’s right. Equations have important stories to tell, like this one 3 nights + 3 days + 10 experiences # 1 life. It’s the equation we use to describe The School of Curiosity ‘End of Summer School’, 23-25 October Villefranche-sur-Mer. You can download the full prospectus here.

Maybe, just maybe, it will be the 18th equation that changes your world.

So…there was a son of a witch, a Lord and a nerd hero… 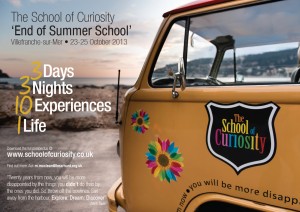 So…there was a son of a witch, a Lord and a nerd hero…

Yes, we know it sounds like the opening line from a stand-up comedy routine. It would be funny, if it wasn’t true. These are just three of the faculty that will bring to life The School of Curiosity experience at our ‘End of Summer School’ Villefranche-sur-Mer 23-25 October 2013. You can download the full prospectus here.

Meanwhile, here’s a bit about the whole faculty in 140 characters or less…

Lord Andrew Mawson: One of the world’s great social entrepreneurs. The original ‘Yes Man’.
Dr Brian Palmer: Branded ‘Nerd Hero’ at Harvard where 600 queued to hear him. Expert on happiness.
Eleanor Yule: BAFTA nominated film maker asks how will your story end?
Tom Calderbank: Son of a witch; poet; philosopher; rescuer of ancient buildings.
Malcolm McClean: Used the principles he found in a children’s story to create a business and a new life.
Dawn Gibbins: Gave away £250K on TV’s Secret Millionaire then decided to Feng Shui a whole town.
Marina Nicholas: Conceived Bruno when doctors said impossible. Sold house to make one minute of cartoon animation. Sold in 38 countries.
Jeff Hessing: US artist who will re-aquaint you with the ‘art of seeing’.
Felix Richard: Lithographer who produces beautiful prints on ancient presses.
Watt Nicoll: Voted world’s best motivational speaker. Say’s “You can have anything you want if you can answer four simple questions”.
Surprise guests: Don’t be surprised if we surprise you. 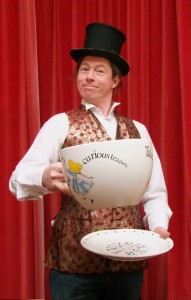 A gifted poet, performer and philosopher, Tom Calderbank is a son of a witch (literally) and proud son of his home city, Liverpool.. He’ll even lern yer sum Scouse. Tom’s running the philosophy walks at The School of Curiosity ‘End of Summer School’ in the medieval Old Town of Villefranche – an amble through ancient streets exploring the ideas of five philosophers and leading a discussion about their relevance to our lives today. You can get the full prospectus here.

Meanwhile, here’s a bit about the man….

A man landed on the moon, for the very first time in history, the year that Tom was born. The heavenly bodies must have been aligned, as Tom was born to one of England’s greatest unsung witches, Arianhod, in a unique city that styled itself as the centre of cosmic consciousness: Liverpool.

He is a force of nature, a man with lightening running through his veins. A man who turns the trash of run down neighbourhoods into the treasure of vibrant communities.

During the city’s reign as European Capital of Culture, he worked as a roadie for La Machine and their epic spider ‘La Princesse’, 10 days that he says changed his life. He was the driver of an IT bus, a community activist who had passionate love affairs with ancient buildings before bringing them back to life and now is the Director of Curiosity at Bearhunt.

Tom has been positively changing the world (or his small part of it) all his life. A huge believer in people power, he has been instrumental in a string of award-winning projects at the sharp end of community development in his beloved Toxteth.